A Master of Public Policy (MPP) degree helps prepare students for a career in public service. This degree program provides students with the analytical skills needed to dissect problems, interpret data, and evaluate policy alternatives, all critically important in a changing world.

Our faculty are experts in the field of public policy and are dedicated to our students' success. Through their real-world experience, our faculty members connect educational excellence with practical application to address real challenges students will face. Not only will students study current issues and opportunities in public policy, but they'll also be learning from, and mentored by, professionals who have influenced some of the biggest policy changes in Pennsylvania. Learn more about some of our faculty members below:

April Kelly is Professor of Political Science and Chair of the Department of Politics, Philosophy and Legal Studies at Elizabethtown College. She is also Director of the Master’s in Public Policy program and a correspondent for the Lancaster Intelligencer Journal. Dr. Kelly received her Ph.D. in Political Science from Ohio State University, specializing in public opinion, mass behavior, and political psychology.

Dr. Kelly's research explores the intersection of politics and higher education. For example, her book (with Stanley Rothman and Matthew Woessner), The Still Divided Academy: How Competing Visions of Power Politics and Diversity Complicate the Mission of Higher Education (Rowman and Littlefield, 2011) examines the role of students, faculty, and administrators in shaping political dialogue on campus. She has published a number of articles on politics in higher education, which have appeared in The Journal of Political Science Education, PS: Political Science and Politics, and as chapters in edited volumes. Most recently, her research examines the decline in political tolerance among America's youth.

Professor Kelly's previous research has been featured in The Chronicle of Higher Education, The Wall Street Journal, The New York Times, The Christian Science Monitor, The New York Times Magazine, The Washington Post, The Guardian, and Science Magazine. Her opinion editorials have appeared in The Washington Post, The Chronicle of Higher Education, The Pittsburgh Post Gazette, and The Harrisburg Patriot News. 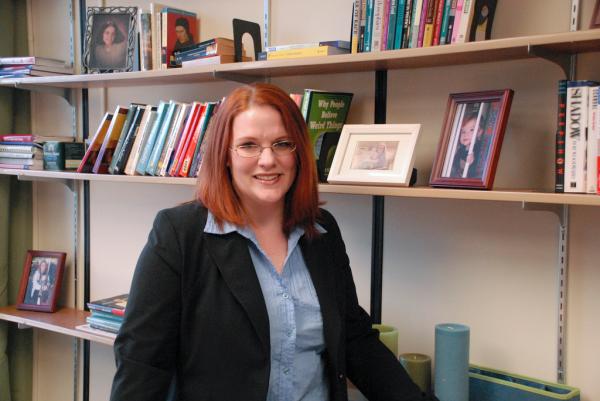 William Bova is Senior Associate at Greenlee Partners, one of Pennsylvania's premier government affairs firms. He brings years of experience in management and political coverage to Greenlee, including extensive relationships with Pennsylvania’s elected officials, business leaders, and the media, giving him a broad and non-partisan view of the Commonwealth.

During his time at the Pennsylvania Cable Network (PCN), William opened offices in Pittsburgh and Philadelphia, directed PCN’s use of new technology, and hosted Journalists Roundtable. He was the architect of the PCN programming format, which has become the nationwide model for state public affairs networks.

Bill has worked with government, business, and the media to create partnerships and develop opportunities for growth. He conceptualizes how public opinion affects legislative action and is a respected advisor to business leaders regarding their interaction with the media.

Dr. E. Fletcher McClellan is Professor of Political Science at Elizabethtown College. A member of the Elizabethtown faculty for over 30 years, he served in many leadership roles at the College, including Dean of Faculty from 2010 to 2016, Interim Provost on two occasions, and department chair. He was a lecturer in political studies at the Queens University Bader International Study Centre in East Sussex, England in fall 1999, and an American studies lecturer at the Dalian University of Foreign Languages, Liaoning Province, China in spring 2008. He holds a Ph.D. in political science from the University of Tennessee-Knoxville.

Dr. McClellan teaches the senior capstone in political science and legal studies, as well as courses in American government, public policy, and public administration. He has presented dozens of papers at professional conferences in such areas as the American presidency, politics and film, and teaching and learning in political science. His recent publications include a 2016 article on outcomes assessment for PS: Political Science & Politics and a chapter on curriculum models in undergraduate political science for the Handbook of Teaching and Learning in Political Science and International Relations (2015). Co-authored with Drs. Kyle Kopko, Christopher Devine and two Elizabethtown students, his article on the Presidential Medal of Freedom in the New England Journal of Political Science was featured December 2015 in the New York Times.

In addition, Dr. McClellan is actively involved with the Political Science Education section of the American Political Science Association, serving as a member of the PSE executive council from 2010 to 2014. He conducts external reviews for political science programs in the Northeast. Moreover, he offers commentary on current politics for area media outlets. 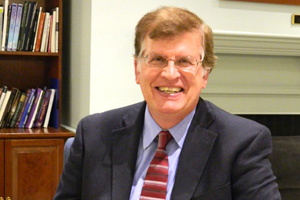 Gabriel R. Ricci, professor of humanities, completed his graduate research in 19th- and 20th-century German philosophy at Temple University and the University of Hamburg under the direction of Gerhard Spiegler, after which he taught at Temple University for 10 years. Previously he worked as a community organizer in Philadelphia after taking a graduate degree in community development and social policy at Temple University. He came to Elizabethtown in 1996 and served as chair of the History Department from 2004-2011. Now part of the Politics, Philosophy and Legal Studies Department, he teaches political philosophy, applied ethics and a graduate seminar in public policy and ethics. His research has focused on time consciousness and phenomenology; his latest research appears in The Reception of Husserlian Phenomenology in North America (Springer, 2017). He is the editor of the series Religion and Public Life and Culture & Civilization (Routledge); volume 40, Natural Communions, Reflections on Ecospirituality of Religion and Public Life is forthcoming and volume 8, of Culture & Civilization, The Persistence of Critical Theory appeared in 2017.