The Communications Program is housed in the College's Steinman Center. The Program houses classrooms, computer labs and media production facilities for television and video, audio and radio, newspaper, visual and new media and digital production. The facilities are highly integrated into the coursework of the Program's curriculum and the operation of student media outlets: ECTV Channel 40, WWEC 88.3 FM, The Etownian and The Jay Firm.

A video tour of our facilities and equipment produced by Communications students. 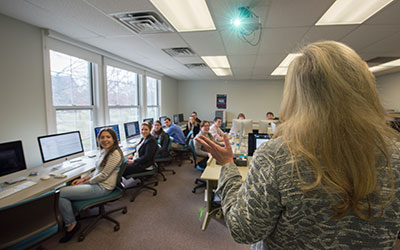 The Mac Lab is a classroom that doubles as a computer lab when not in use by classes. Graphics tablets and a black-and-white printer are located in the room with access to other color printers. The software available on these computers complements the needs of visual communications, media writing and production courses; this includes the Microsoft and Adobe Creative Cloud suite and non-linear post-production software.

The Media Center houses student media operations (WWEC 88.3 FM, ECTV and The Etownian newspaper) and audio and video production laboratory facilities. The offices of The Jay Firm are just down the hall.

The Media Center provides students with a simulation of real-world media operations – an environment in which all media can share content. This configuration encourages collaboration, peer-to-peer learning and problem solving. Student assistants are available when the Media Center is open to assist students with equipment and materials. The Department maintains a collection of equipment for Communications majors and minors to borrow to complete course assignments. 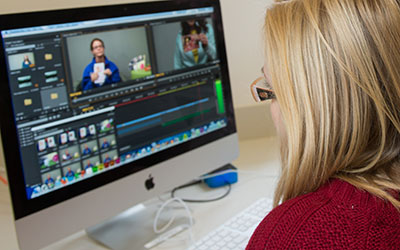 The video edit suite is a production lab with an open format and six iMac editing stations, equipped with Adobe Creative Cloud and Microsoft Office. With a set of headphones, students can work on multimedia projects without disturbing other students. 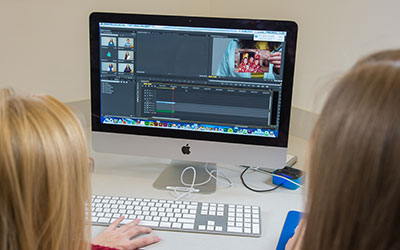 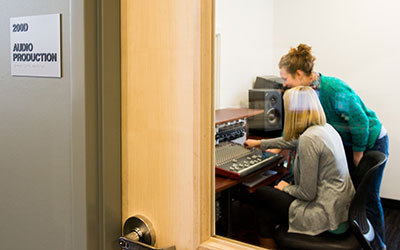 The audio control room is equipped with a Mac mini, Profire audio system, Audition and ProTools. From this room students can manage multiple audio components for multimedia production. 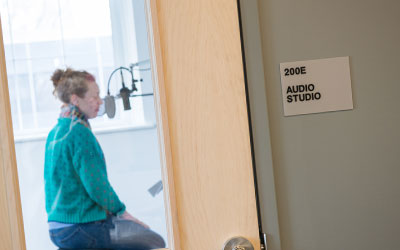 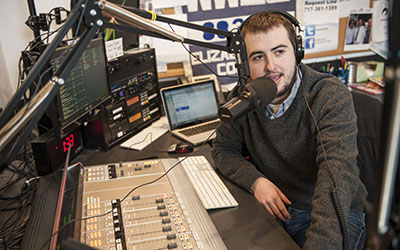 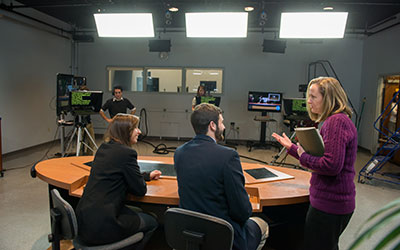 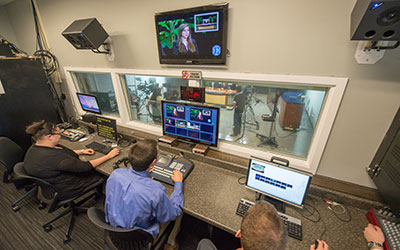 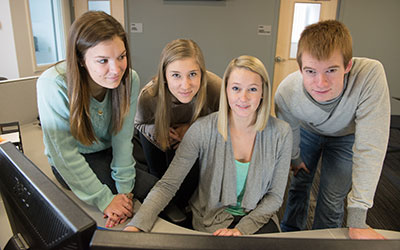 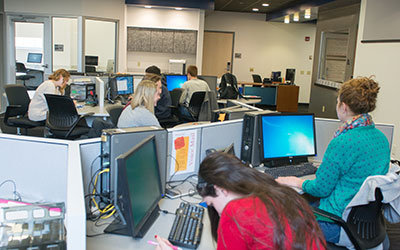 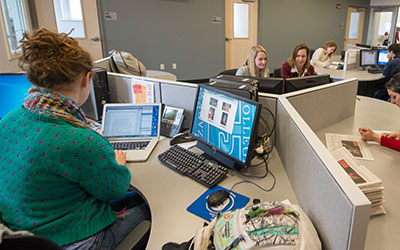 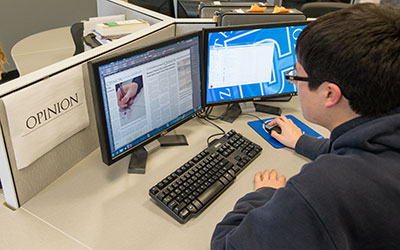 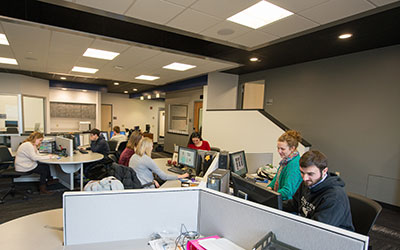 The Media Center features a modular seating lounge where students can stop for conversation and collaboration. This space includes a wall-mounted flat-screen television on which students can catch up on the day’s news while working in small groups on class assignments. 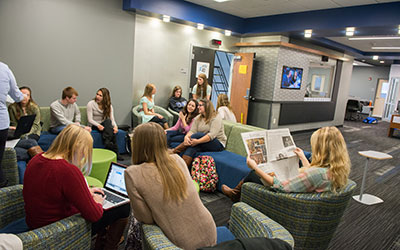 Ready to Apply! Take the next step in joining our Blue Jay family by starting the admissions process. By applying, you'll get access to special events and information tailored to you.
Curious About Communications? Want to hear from our faculty and current students about what a major in communications can do for you? Visit us on campus!
Elizabethtown College