Upcoming and Past Productions

The Etown Shorts Fest, held every other fall, is a chance for student productions to be performed and, most importantly, directed by students. All of our Theatre majors are required to direct one of the Shorts Fest plays. These 10-minute plays range from comedy to tragedy to romance and are integral in helping our students feel comfortable in a director role.

Essential to our budding student playwrights is the Shorts Fest, held every other year in the spring. In the E-Town New Playwrights Fest, students from our Playwriting class get the chance to hear their scripts in staged readings, which also are directed by students. All productions are in Tempest Theatre unless otherwise noted. 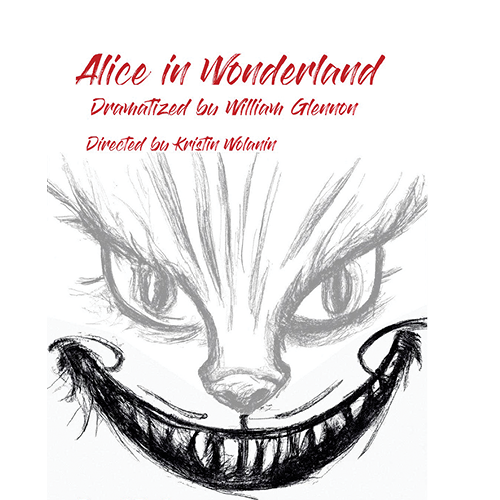 "Alice in Wonderland" is William Glennon’s delightful dramatization of Lewis Carroll’s classic story. Join this cast of fantastical characters as they seek out Alice and guide her through “her turn” in Wonderland. Tempest Theatre's production of "Alice in Wonderland" is directed by Kristin Wolanin and opens on November 4 at 7PM in Tempest Theatre. Additional performances are November 11 at 7PM and November 5, 6, 12, and 13 at 3PM. Produced by special arrangement with The Dramatic Publishing Company of Woodstock, Illinois. Image created with Dall-E 2. Tickets on Sale Now!

Tempest Theatre presents a spring 2022 production of "Still Life with Iris," a fantastical adventure which centers on a little girl's search for the simplest of things: home. Iris lives with her mom in the land of Nocturno—a magical place in which the workers make, by night, all of the things we see in the world by day. The rulers of Nocturno, the Great Goods, are determined to have the "best" of everything on their island—and therefore take Iris away from her home and bring her to Great Island to be their daughter. Opening Night is March 17, 2022 at 7:00 p.m. Additional shows will be held on March 18, 19, 24, and 25 at 7:00 p.m., as well as a 2:00 p.m. matinee on March 26, 2022.   BUY TICKETS!

PLEASE NOTE that performers will be unmasked. Performers will complete frequent COVID testing prior to performances to ensure the audience’s safety.

Proof is a 2000 play by David Auburn. The play revloves around the daughter of a recently deceased mathematical genius in his fifties and her struggle with mental illness. Proof is presented by special arrangement with Dramatists Play Services, Inc., New York.

The Cripple of Inishmaan – Spring 2019

The Importance of Being Earnest – Spring 2015

Ready to Apply! Take the next step in joining our Blue Jay family by starting the admissions process. By applying you'll get access to special events and information tailored to you.
Visit our nest. Spend a day with us on campus and meet the faculty and current students that comprise our department, tour the campus, and meet with your admissions counselor!
Elizabethtown College